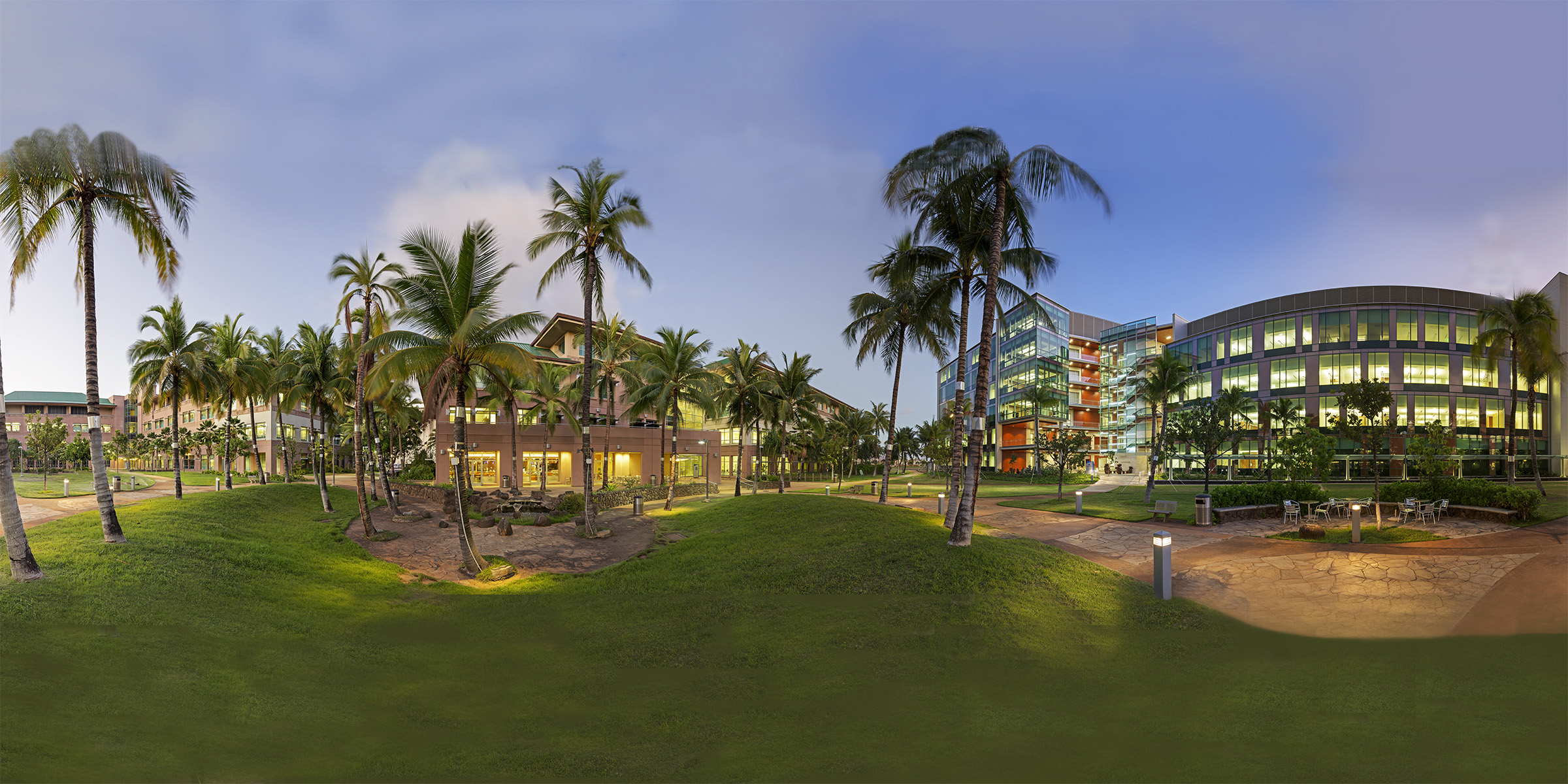 By 2019, the University of Hawai’i Maui College campus will be among the first in the nation to generate 100% of its energy from on-site solar PV systems coupled with battery storage...16 years ahead of schedule, no less.

Hawaii may be infamous for its chilled island lifestyle, but when it comes to renewable energy, the approach of their university system is far from laid-back. According to UH Sustainability Coordinator, Matthew Lynch, it’s up to higher ed to be proactive and pave the way to a fossil-free future.

“As a knowledge enterprise, we must harness the considerable brainpower and world-class research we have available to solve real-time challenges,” Lynch said.

We spoke with Lynch about the net-zero journey thus far, overcoming regulatory challenges, and how the campus is engaging students in the process...

In 2015, Hawaii set an unprecedented goal: a 100% renewable energy portfolio standard by 2045. This target percentage is higher than any other RPS target in the US. In the same year, the University of Hawaii worked with the state legislature to establish a mandate to achieve net zero energy status by 2035.

First up on the agenda for the UH system was determining a clear and measurable definition of “net zero”--a term that can have a variety of definitions, though all of the same vein.

“We really wanted to be precise and accurate with our language to reflect the thinking behind it, which involved conversations with stakeholders locally and nationally. We had to truly assess the lay of the land,” Lynch explained.

Before assessing their definition, UH had to decide what net zero would not include. It was decided that “net zero” wasn’t equal to “going off the grid”--this would actually shift the fixed costs of the existing grid infrastructure on those who could afford it least. Although the UH definition of net zero does not explicitly call for self-supply, it doesn’t discount it or preclude it; rather, it helps align the university’s incentives with the electric utility, and with the overall intent and goal of the portfolio standard.

This planning process made room for a creative partnership with the utility and other key stakeholders to truly be able to advance each other’s goals for the greater good.

Of the ten UH campuses, Maui College has been the quickest to reach its goal of supplying 100% of its energy needs through renewables.

Phase one saw the successful implementation of energy efficiency measures at Maui College and the O'ahu community college campuses.

Now, phase two of the partnership between UH, Johnson Controls, and Pacific Current involves additional energy efficiency upgrades and the installation of on-site photovoltaics coupled with battery storage. This will bring the total on-site capacity to 2.8 MW of solar PV and 13.2 MWh of battery distributed energy storage. These upgrades will end up reducing deferred maintenance by about $20 million.

“It’s one thing to produce energy, but another to use it when you need it,” Lynch shared. “That’s where the battery system comes in to enable the university to store and bank that energy from the peak of the day.”

So far, one of the biggest challenges has been figuring out how to power the flagship Mānoa campus, which serves approximately 20,000 of the ~50,000 students served by the 10 UH campuses across the state. With multiple research buildings, it’s extremely energy-intensive and located in one of the most densely populated areas of the island.

Lynch separates the other challenges into three buckets: technical, financial, and regulatory. While he acknowledges that the technical side is complex, it’s actually not the most challenging to deal with, as “many of the solutions already exist by and large.” Higher ed is also no stranger to the financial issues that plague each and every project.

“We’re dealing with this multi-layered challenge of trying to maintain and operate buildings that are aging out, while also building state-of-the-art new facilities against a backdrop of declining funding,” Lynch said. “Luckily, our community colleges have really spearheaded our effort to develop innovative financing for energy projects through energy performance contracts.”

It’s the third bucket of regulatory and political issues that Lynch defines as the most complex. UH is currently focused on untangling the regulatory challenges which prevent building large-scale solar systems off-site that could directly power the campus.

“Currently, there’s no mechanism for that to be able to happen because we have an odd set of perverse incentives with the utility,” he shared.

These ‘perverse incentives’ mean that for most people’s load shape, the peak happens in the evening. As you can imagine for a bustling university, the load curve peaks in the middle of the day. With the current pricing structure, this creates a financial incentive to reduce loads right when the grid needs it the most.

“This puts us at odds with each other even when we’re trying to achieve the same thing."

To combat this issue, UH is breaking down institutional silos with the creation of a temporary working group that pulls in expertise from different units at each institution. They’re currently working on developing a smarter pricing structure: a "green tariff" that would align the incentives of the two large institutions.

UH is also engaging its students in the process of overcoming the challenges of their sustainability goals. For instance, they’re currently enlisting help from engineering students and teachers to help reimagine the campus as a living laboratory.

“Right now, we have a group of students developing agile power quality equipment and mobile sensors that allow us to get real-time power quality assessments from building to building,” Lynch said.

They’re also in the midst of a university-wide focus group study to see how much students know about sustainability, plus how they think and feel about it. Johnson Controls has also developed a curriculum teaching students more about the importance of energy efficiency and sustainability.

“A consistent thread we are hearing from students in this study is that the way the current campus is managed is a powerful teacher itself,” Lynch said. “We’ve learned it’s important to augment improvements to our physical plant with interpretive signage, so students can learn and interact with it."

For more information on UH’s net-zero progress, check out their annual report here.