After nearly three decades in the Navy, Bob Reuning wasn’t ready to slow down quite yet.

A native of Berwyn, Pennsylvania, Reuning joined the military in 1988 and went on to serve as the Commanding Officer at Camp David, a congressional liaison for the Assistant Secretary of the Navy (Financial Management and Comptroller), and an infrastructure analyst for the Chief of Naval Operations, Assessments Division (N81).

In 2014, Reuning made the leap from the Navy to the world of higher education, stepping into the role of Associate Vice President & Chief Facilities Officer at University of Maryland.

With no shortage of projects under his leadership at UMD, including over $700 million dollars of capital construction occurring on the campus or at other University System of Maryland schools, we were happy to catch up with Reuning for a conversation about why the Navy is awesome preparation for facilities leaders, how to effectively lead millennial employees, and why he considers himself a bit of a Renaissance man!

Can you tell us a bit about your background before landing at College Park?

I spent 27 years in the Navy and retired in July 2014. The Navy doesn’t necessarily produce facilities experts in any one given field, but rather gives its facilities officers (the Navy Civil Engineer Corps) broad and extensive education and experience in design, construction, maintenance, operations, real estate, energy, and beyond.

Personally, I ran public works departments at two of the largest bases in the Navy and the Marine Corps (Naval Base Ventura County and Marine Corps Base Camp Pendleton); I was very experienced in what we call the public works specialty in the Navy, so that translated well onto a college campus.

After I retired as a Captain, I applied to a job at George Mason, but ultimately wasn’t selected. The retired Navy Captain who was running facilities management there told me I’d be a good fit for the University of Maryland job that was opening up. I got in touch with the recruiter, went through the whole process, and started in November 2014.

Do you believe this broad skill set is the reason so many higher ed facilities leaders come from the Navy...or is there a secret handshake?

Definitely, I would say that our broad understanding of all aspects of facilities management and our leadership skills are our strength. It’s also the exposure we get to higher level political environments and our ability to deal with high-ranking individuals, whether they are Admirals or university presidents. There’s a great combination of being able to operate in a political environment and also lead large organizations that we bring to the table.

For me, this job was a natural growth of my previous experience. The Naval Base Ventura County position was my first facilities department, where I was leading about 280 people, then at Marine Corps Base Camp Pendleton, it was 500 people, and now at UMD, we’re sitting at about 800 people.

What is your favorite part of working in higher education?

I love being on this beautiful campus and in a young, vibrant community. The whole vibe of positive energy and enthusiasm is great. And of course, it’s rewarding knowing that facilities contribute to the personal growth and career development of these students.  Plus, it’s making new friends and professional acquaintances-- really, the whole experience. 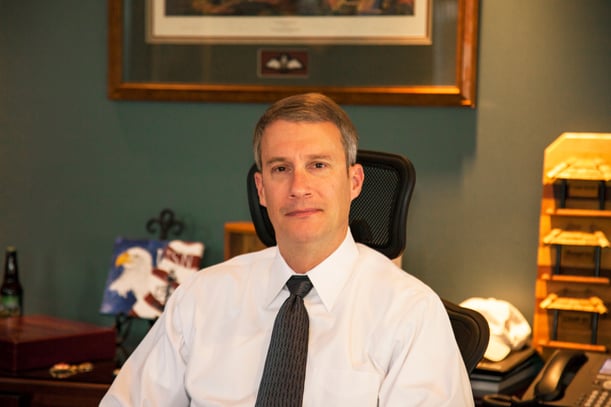 At UMD, you lead a workforce of 800 facilities professionals. Do you find staffing to be a challenge?

Staffing is definitely one of our biggest challenges. The challenge isn’t necessarily with professions like engineers and architects, even though we are currently having a hard time attracting mechanical engineers. But, we’re definitely seeing challenges hiring the traditional trades, like plumbers, HVAC technicians, and to a lesser extent, electricians.  Technicians with controls experience are even harder to find.

There are a variety of reasons, especially the intense competition driven by the shrinking talent pool available. A public institution like UMD has trouble attracting these workers even though we have a great benefits package.  Take home pay, which is very important to young people, is simply higher in the private sector.

We’ve got a perfect storm brewing, when you add the fact that our workforce in facilities management is aging.

Our average age is 52 here at College Park. This forces us to ask ourselves: what lines of business do we want to stay in? What are our core competencies? And, as people retire, and our organization shrinks, we’ve got to pick up the slack, so to speak, with contracts.

The whole issue of not just recruiting millennials but also managing them is a popular topic right now. Do you believe your leadership style needs to be shifted depending on the generation you’re working with?

That’s an awesome question and I definitely believe that we have to adjust our leadership style to whatever generation we are working with, whether that’s Gen X, Gen Y, Millennials, Baby Boomers, etc.  That situational leadership is a critical skill.

The other day I was actually having a conversation with a friend about this topic with respect to our younger generations, and he said, “You can't just tell them what to do, but you need to explain why you’re asking  them do it and why it’s important.” To me, that was helpful and was an interesting comment.  While I practiced that in the Navy, I think it’s even more important in the civilian world.

I think in facilities management, with our older managers sitting in many leadership positions, we need a better understanding of what motivates the younger generations.  Right now, I’m reading some books to get even better at that skill.

What are some of the major projects/initiatives you have planned at UMD that you’re most excited about?

A while back, Facilities Management here got rid of our preventative maintenance program. When I arrived, I asked my staff to restart our program and we’ve made a lot of progress in that area. Our pilot program was just presented at ERAPPA, was very well received, and we’ve had a great program manager leading that effort.  It is going really well.

We have to be absolutely proficient at 24/7 response to emergencies, like power outages, floods, and disruptive weather events. What I’m excited about is we’ve just started up a new Incident Response Unit which enables us to cover the campus facilities all week and all weekend, day and night. When something comes up, this team is there to decide if they can handle it, whether they need help, and they track the corrective actions through to completion. The Incident Response Unit is a group of highly qualified people willing to work different shifts to make sure whenever something happens on campus, we’re here to respond.

What’s the greatest piece of advice you have received in your career?

Wow, I’ve received so much great advice, so this is a seriously intense question! I would probably go back to 2006, when I was considering retiring from the Navy. In the Navy, there are Command positions where you are placed solely in charge of and responsible for an organization, with designated authorities; being a Public Works Officer in the Navy is therefore not being in Command. Though it was one of my goals, I didn’t think I would get it and thought I should move on to something else.

The Commanding Officer I worked for at the time took me aside and said “Look, you’re doing really well and you’re ranked highly in my group. I think you should put your name in the hat.” I ended up applying and got selected to be the Commanding Officer for the Presidential Retreat at Camp David, where I served from 2007-09. I was there for 18 months under President Bush and nine months under President Obama, and handled about 40 Presidential visits.

The piece of advice I got out of that experience was how to be a great mentor. Without that encouragement and mentoring, I never would have continued down that path and wouldn't have been able to experience being a Commanding Officer at Camp David.  I try to do the same for people that work for me. 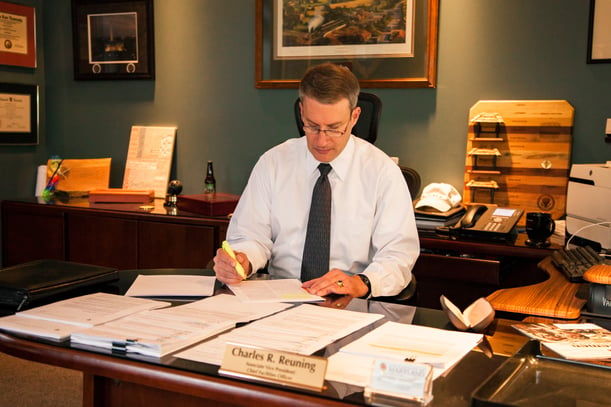 In your spare time, what are you most passionate about?

Personally, I’m into keeping in shape; working out and running. I also really like old cars, I have a 1970 Chevrolet Chevelle that I take to shows and cruise-in’s around the area I live in. It’s a fun hobby, where you meet a lot of new people with similar interests.

What would people be most surprised to learn about you?

Well, I’m an mechanical engineer leading facilities by trade, but I consider myself kind of a Renaissance person. I like a lot of other things, like being outdoors, and I’m also passionate about classical art, particularly art from the Renaissance period. That’s probably a surprise because I’m generally seen as all numbers, facts and figures, all the stuff engineers are expected to be!

That is surprising! You’re in a great location to be a Renaissance man.

I’ve been to a lot of the museums around the Washington DC area. Full disclosure, I keep finding myself going back to the National Air & Space Museum, which is kind of cheating, because it’s not exactly art, but just has some really cool exhibits!

Scanning the near horizon, talking 15-20 years from now, what does the future of higher ed look like to you?

In my personal opinion, we’re going to see combinations, mergers or reductions in the number of schools out there. There are so many schools that are so expensive, and I think some of the smaller schools aren’t going to survive.

That’s more of a guess on my part, but I think one definite reality is we’re going to see less and less money for facilities, unless its donor-driven. Our challenge is going be how to maintain our facilities with a growing backlog of deferred maintenance, and less money to do it with. That’s what I see as the future trend in higher ed.