According to Don Coffelt, Associate VP for Facilities Management & Campus Services at Carnegie Mellon University, “it’s high time for facilities leaders to play a role in shaping their university’s strategic vision. It isn’t just getting a seat at the table, but getting invited to the table before dinner is served.”

As capital budgets remain sensitive to limited state dependency, tuition rates, and enrollment trends, the prioritization of investments is paramount. However, without a strong link between facilities and senior leadership, stakeholders are inhibited from making the most informed decisions possible.

At the Higher Ed Facilities Forum, Coffelt and Erica Barbuto, an Account Manager at Sightlines, discussed how Carnegie Mellon is transforming its approach to strategic facilities investment to gain the highest returns on the institution’s building assets.

Coffelt started off by explaining that the various stakeholders and departments are essentially working toward the same overarching goal: to drive the university forward toward its mission. The breakdown, however, lies in the fact that each group is speaking its own language.

"It isn’t just getting a seat at the table, but getting invited to the table before dinner is served.”

“It’s essential to remember that the people you’re speaking to have different intelligence and perspective; they’re not coming from a facilities or engineering background,” Coffelt shared. “You must frame facilities issues in a context that they understand. Rather than just saying, ‘We have a deferred maintenance problem,’ illuminate how that’s an issue that can impact risk at the enterprise level.”

Delving into “all the stuff going on behind the walls,” after all, doesn’t hold much significance for those outside the facilities world.

“Instead, emphasize that you’re going to deliver a 21st century space and take care of the behind-the-scenes work, like deferred maintenance, as a happy byproduct,” Coffelt said.

Barbuto notes that understanding the climate of higher ed is a great starting point. After two waves of college construction in the 60s and the early 2000s, many universities are now at an inflection point: enrollment is lagging, building needs are overlapping, and yet there’s still a conflicting pressure to expand the institution’s footprint. This is common ground that can be agreed upon by stakeholders.

It’s up to facilities leaders to expand upon that foundation. “Every university has a different context to bring to the table,” Barbuto said. “You have to tell the story of how you got to where you are today, but also inform how that story is changing the future.”

Success With A Portfolio-Based Strategy

For Carnegie Mellon, an aging portfolio is a more pressing issue than enrollment. The campus is full of large, historic buildings from the 1900s, which brings a host of challenges. In fact, 55% of the university’s buildings are older than 50 years, having one of the oldest portfolios in their peer group.

“You’re not just working on facilities problems, but institutional solutions that drive your mission forward.”

Barbuto shared that looking at the age of buildings is a great way to bridge the gap between facilities' needs and institutional priorities since age directly impacts program growth and the quality and level of research. A deeper look into the data also showed that Carnegie Mellon had been underinvesting in its buildings compared to its peers, which was an “aha” moment for Coffelt. Re-framing the issue helped the board understand that a strategic solution was necessary for the university’s growth.

Instead of just dumping data onto the board, Coffelt and his team presented a digestible framework: a multiyear, portfolio-based investment strategy. 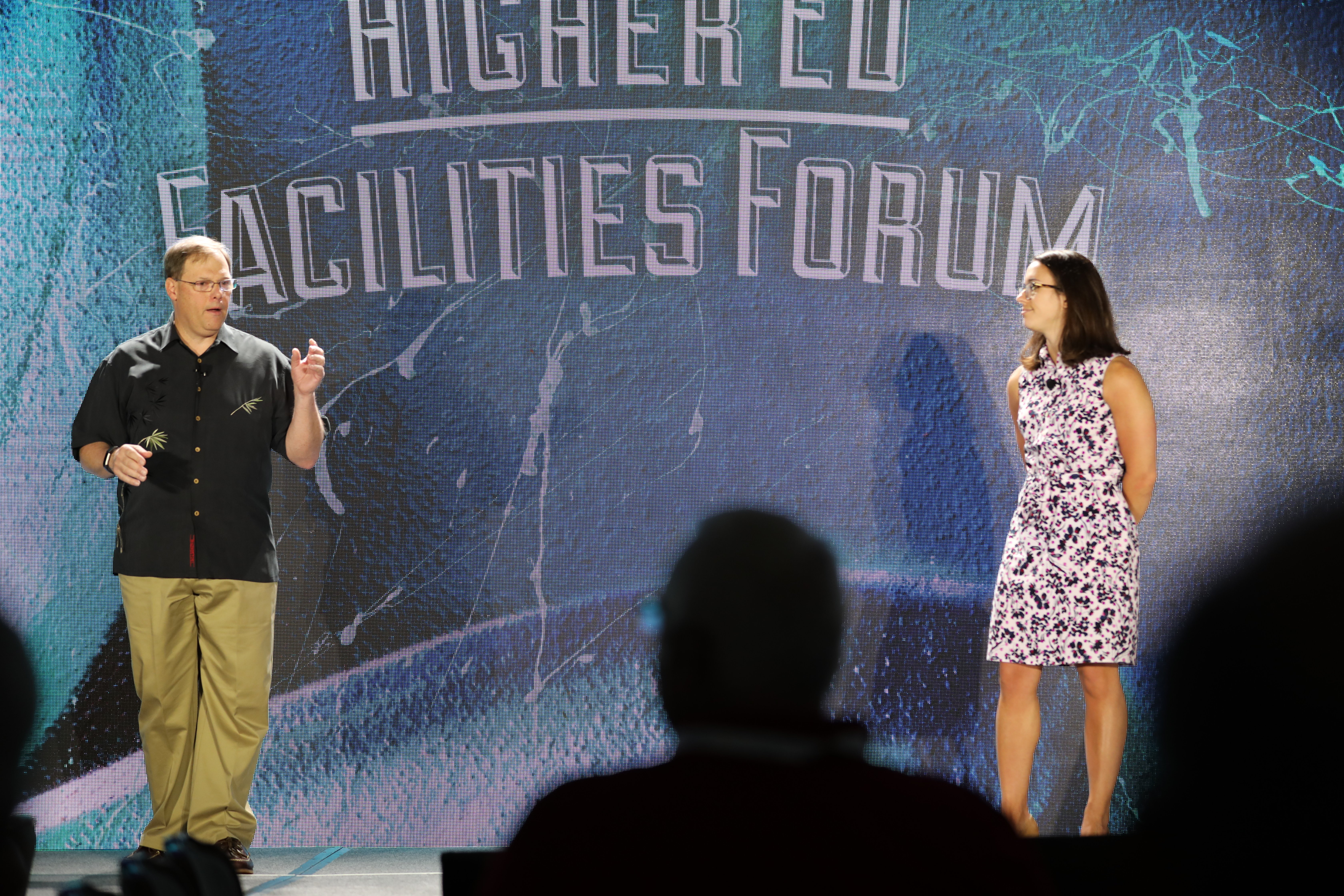 “We created a decision matrix that buckets buildings into different portfolios, based on the condition from a facilities perception as well as the institutional value,” Coffelt shared. “These buckets were Major Capital Renovations, Stewardship, Transitional Buildings, and Maintain/Repurpose. This essentially outlines where the greatest needs are and makes it easier to invite others into the conversation.”

Coffelt emphasized that it’s important to simplify the discussion about building portfolios, which can easily become completely overwhelming and thus paralyze action. It’s equally as important to listen to a variety of perspectives and make sure everyone feels heard. Strengthening lines of communication with the academic side at Carnegie Mellon, for instance, helped Coffelt’s team plan better-suited facilities for future research.

In the end, Coffelt’s team introduced a renovation portfolio of 10 buildings. Identifying and communicating Carnegie Mellon’s divestment potential was a huge driver for success. Coffelt said that “bringing the solution” is paramount and a crucial component for facilities leaders to earn a seat at the table.

“Now, I’m able to sit down with the President’s cabinet and Deans and say, ‘Here’s the buildings in the blue bucket. These are most important to the university’s mission, yet they’re in the worst condition. I’ve done the engineering, I have a solution, and this is why it matters according to your priorities,’” Coffelt said. “The only way to figure out what buildings should be prioritized is to have these conversations.”

A former Carnegie Mellon president once said, “God gets a pass, but everyone else needs data.” For facilities leaders to earn a seat at the table and help shape the vision of their university, presenting the data is paramount, but it doesn’t stop there. That data must be tied into a story: a story that connects to the mission of the university as a whole.

Coffelt and Barbulo summed up their presentation with a few important takeaways...