Inside the Pennovation Center, An Icon For Innovation 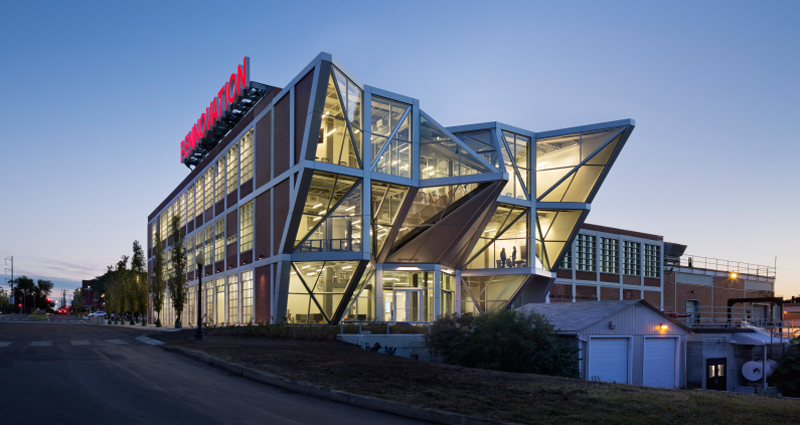 In a time where innovation is a top priority for all Higher Ed institutions, the University of Pennsylvania stands out from the crowd by visibly showcasing their commitment. UPenn hired New York-based architectural firm Hollwich Kushner (HWKN) to create The Center, an icon innovation.

Matthias Hollwich, co-founder and principal of HWKN, gave a talk at the Higher Ed Facilities Forum to share the process that “transformed a paint factory into a idea factory.” The magic that happens when savvy branding and design intersect is on full display in the newly-opened Center, a building that boldly announces the future from the inside out. The HWKN team and its collaborators brought the former industrial warehouse to life as UPenn’s new hub for entrepreneurialism. The 58,000 , building now houses labs, offices and coworking spaces for startups and . 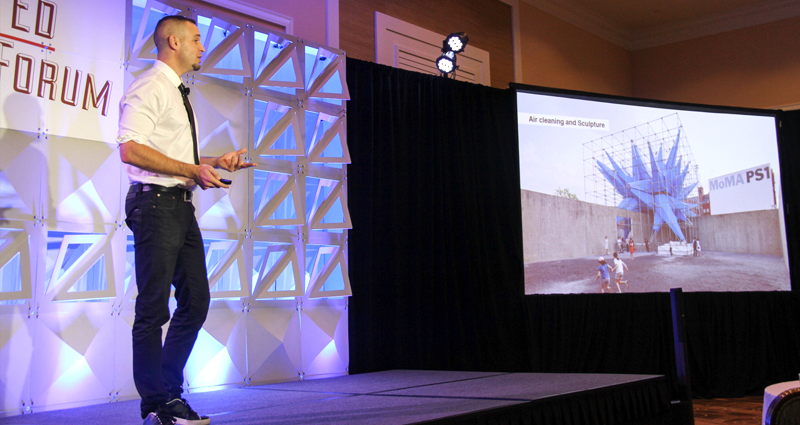 To begin, HWKN dug deep to determine the need: what does innovation really mean, and what does a building need to perform and unleash the creative energy between different people?

“The thing about entrepreneurs is that they sit at computers or in a lab and work, work, work. You can come up with the best, greatest ideas, but they’re useless if no one knows about it,” said Hollwich. From this insight, a crystal-clear mission drove the team: to connect entrepreneurs with each other via social spaces that encourage interaction. This mission resulted in one-of-a-kind building features, including:

-The pitch bleacher. Central bleacher-style seating provides a space for to gather, share ideas, and practice pitching to investors. 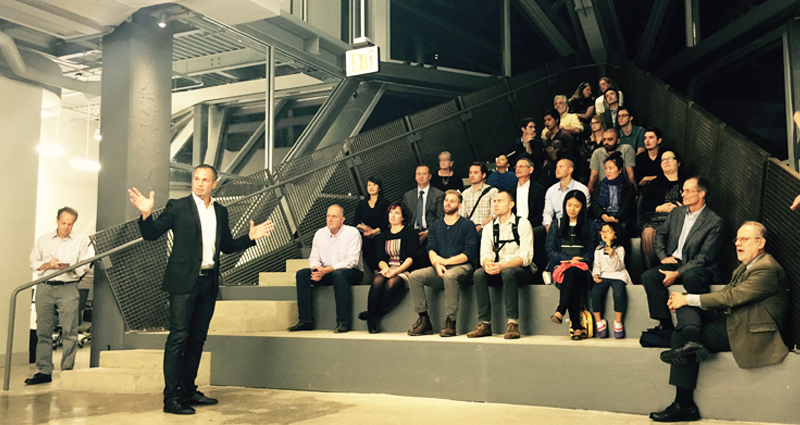 -Inventor garages. Five contiguous garages, which can be customized for a company’s particular creative needs, were added to the building’s eastern facade. Because innovators need freedom to come up with their ideas, the garages contain flexible architecture and allow them to drill through the walls, since “you can’t preconceive what the future will need.”

-Segregated laboratories. Although lab configurations are typically contained in clusters, HWKN shook up the status quo by segregating lab programs. Creating this distance encourages researchers in different fields to cross paths and make valuable connections. Plus, it’s more cost-effective than a lab, which usually runs for about $1,000 per square foot.

-Common creative spaces. Board rooms, visitor centers, co-working areas, a cafe and a venue for events were all added to further facilitate the exchange of ideas.

A purposeful (and cash-saving) design decision was made to use the necessary infrastructure as an architectural element. HWKN supersized the big duct, which became the guiding principle throughout the building, and kept the columns and steel to retain an industrial character.

Instead of trying to totally replace the original casement windows, they instead installed energy-efficient plate glass and covered it with a metal grid that replicates the proportions of casement windows. Small decisions such as these all added up to make the Center a more affordable pursuit.

Creating an exterior that reflects the inside

According to Hollowich, “there’s a magic that happens when the form becomes the identity of the building. There’s great value in creating a building that touches emotions and expresses its purpose to the world around it.”

This led to a unique addition that resembles a crystal formation, which HWKN accomplished by cracking open the facade and replacing it with illuminated glass panels. The striking new look gives a high-profile identity and accurately reflects the creativity taking place inside. The power of architecture is that can announce an entire worldview all on its own, generating PR value for both the building and the entrepreneurs inside. 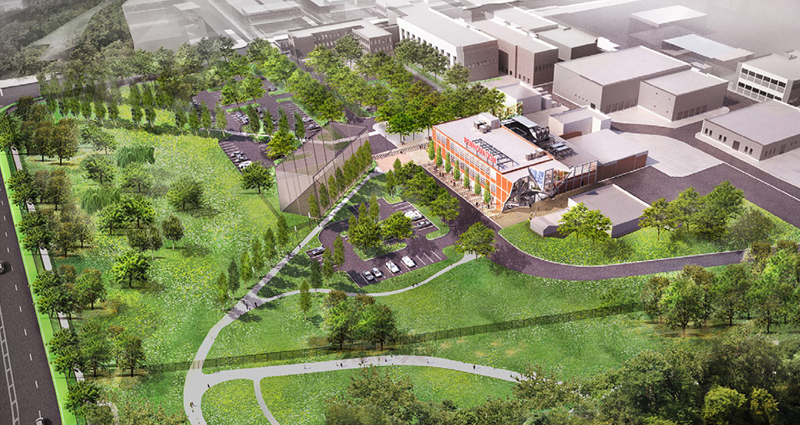 This visible announcement was also communicated through signage that visitors can’t miss. Whereas a regular billboard costs $10-20k in rent, the construction of an 11-foot-high roof sign gets the job done all on its own. This signage fosters an identity for the building and increases of the site from I-76 and the medical and even the Schuylkill River Trail.

The team partnered with Land Collective to ensure the outdoor space was just as open and inviting as the inside. To ensure the campus is ready for future expansion and encourage new investors, they made sure to use short-term vegetation and other flexible landscape strategies so as not to cause any future disruptions. 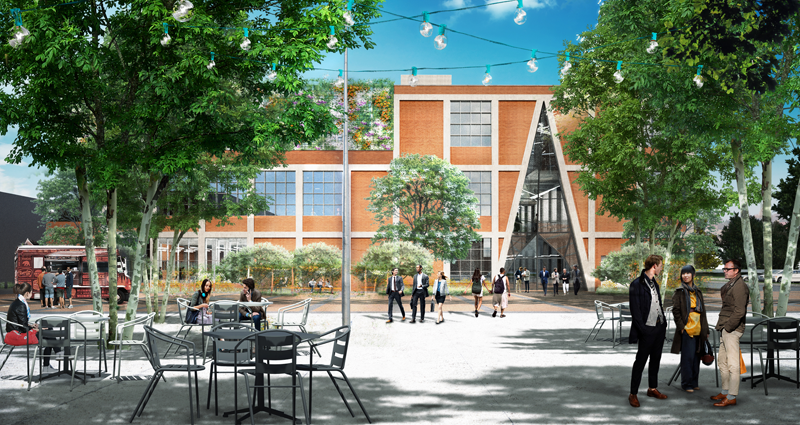 The value of transforming clients into partners

HWKN turned their client, UPenn, into a partner by assembling an amazing team of collaborators and joining forces.

At the start of the process, HWKN brought 25 UPenn employees into a meeting with 10 different rough schemes for layouts. They gave everyone a dot and encouraged them to place their dot on the design that stood out right off the bat. After all, design is about emotional connection--and who knows the university better than its employees?

“Through this activity, we were quickly able to learn what was in the mind of the 25 people sitting in the room, whereas it’s usually impossible to get everyone unified and moving in the same direction,” Hollwich said.

Surprisingly, one of the schemes got almost all the dots--and it was the one they didn’t expect. However, that design is what became the reality of .

“That’s the power of innovation, where you create collaborations with your client and with all the team members to pull on the same string.”

You can watch Matthias' full talk below. Enjoy!