How Can Universities Strengthen Town-Gown Relations? 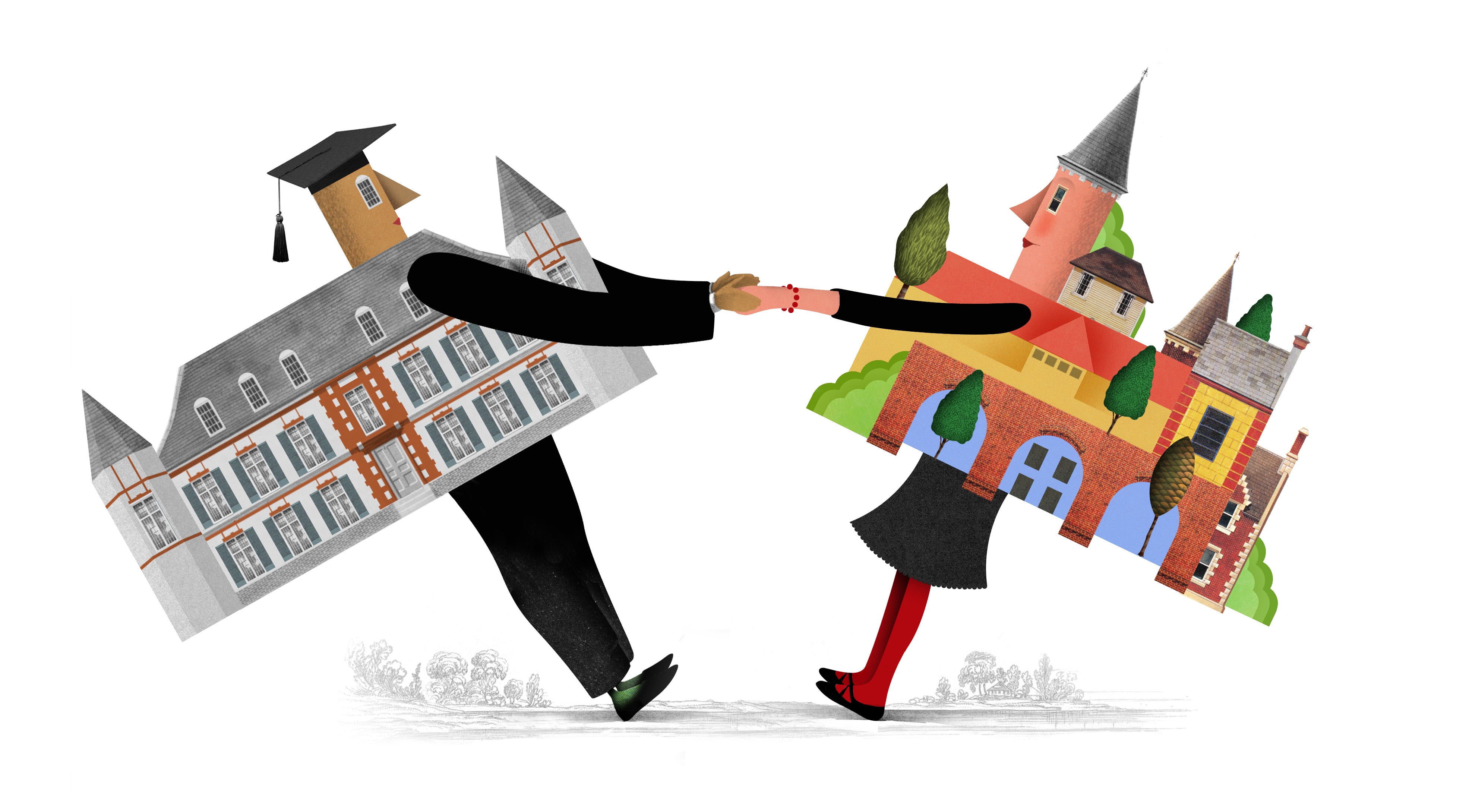 It’s no secret that universities and the towns in which they reside need to become better dance partners.

These institutions have historically stepped on each other’s toes, if not flat-out ignored each other, in the pursuit of separate goals. However, this twosome is unequivocally stronger when working together for the collective, a fact that more and more campuses and communities are waking up to. (Plus, you know, the chances of a break-up here are pretty bleak.)

The benefits of aligning priorities and cultivating a stronger relationship are plentiful for both sides, including:

To learn the keys to successful collaboration, we spoke to experts and universities who are getting it right...

Leveraging the Power of College Towns

University towns are in a uniquely advantageous position, according to Dr. Lawrence Martin, Director of the Center for Community Partnerships at the University of Central Florida. He believes that as we translate into a knowledge society, the need for synergy between economic development and universities is stronger than ever.

“The linkage between universities that create knowledge, and communities that develop it and create incubators to find markets for creative ideas is getting closer--and towns that don’t tap into this synergy are at a competitive disadvantage,” he said.

Having a university located in the community is a draw for diversity and talent, with young innovators drawn towards the vibrant opportunities and offerings unique to college towns.

“Despite the fact that coursework is moving online, I don’t see this fact changing," Dr. Martin said. "There’s still a prestige factor associated with a community that has the physical presence of a university."

A Look at Penn State’s Success

Penn State and State College are widely known for being standout dance partners, with a high priority on partnerships and community engagement.

Bloomberg recently named State College as the #2 destination to live in the US with the upside of Silicon Valley, minus the downside: the high cost of living, congestion issues, and crime.

This ranking isn’t accidental but rather the result of a deliberate, multi-faceted approach, according to Charima Young, Penn State’s Director of Local Government & Community Relations. In fact, her role was designed as part of this proactive effort, and she serves as a direct liaison between the community and the school.

With Penn State as the top employer in the county, “it can be a struggle when you're relying on the university to be the main source, so we try to balance our priorities with our students and how we contribute to the community and long-term relations. Those relations usually come back to how students interact with the community--from behavior to traffic congestion. There's always a push-pull,” Young said.

Part of easing this struggle means breaking the tradition of only hearing from one another when something goes wrong.

One simple yet powerful example is a mixture of neighborhood residents, civic reps, and fraternities working together. The Neighbor to Neighbor program was launched in 2010 to pair fraternities with local families so they can get to know each other. By interacting in positive ways, the level of kindness and respect is elevated so it's much easier to address issues before they arise.

James Delattre, AVP for Research at Penn State, said that part of the university’s success also lies in its role as the state’s land-grant university.

“This service model is something that is in our DNA. However, we also recognize there needs to be more industry in the area beyond the agriculture. We look at using the university to help support startups and create more local job opportunities as the 21st-century extension of that,” he said.

Here are just a few of the projects Penn State shared to demonstrate the power of partnerships...

Launched in 2015, this Commonwealth-wide initiative stimulates economic development through university-community collaborations, connecting researchers with people who can bring their discoveries to the marketplace.

Perhaps most importantly, the initiative provides seed grants to their campuses to launch innovation hubs. Seventeen hubs have been established so far; no two are the same and all are free to the community.

“It serves students well after graduation. Corporations today want to be more entrepreneurial and put a real premium on hiring young people who are familiar with all the steps required: that line of sight from idea to market validation to understanding customer needs to business models,” Delattre said.

Happy Valley LaunchBox, founded in February 2016, is one of the 17 innovation hubs. A no-cost accelerator and coworking space, the aim is to create a culture of entrepreneurialism and provide startups with the resources needed to build a scalable business. The hope is that many of these teams will stay in the State College community and better the local economy. 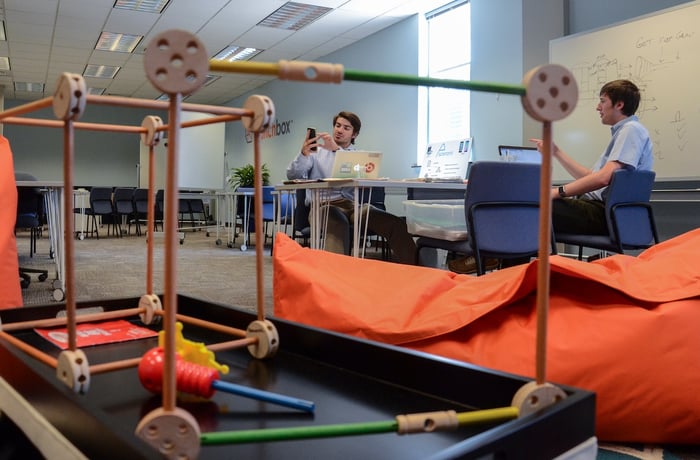 Inside the Happy Valley LaunchBox.

Innovation Park is an ecosystem blending business, research, and development. Two recent additions are slated to open this month: Park RJ Lee Group, a Pittsburgh-based leading industrial forensics analytical laboratory, will open a 2,7000-square-foot facility, while Morgan Advanced Materials will open the first-of-its-kind center to drive developments in the field of carbon research. 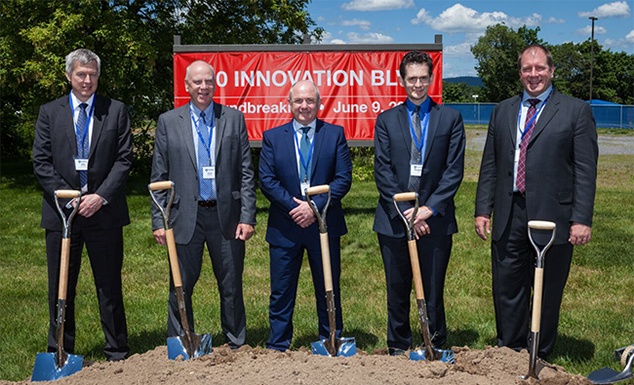 Groundbreaking Ceremony for the Carbon Science Centre of Excellence.

“Another element of these deep-industry partnerships is that it attracts world-class companies to move to the area to collaborate, and just triggers this domino-effect of multifaceted relationships,” Delattre said.

What’s the Secret to Success?

For a relationship that's successful on both sides, Delattre believes “relentless collaboration” can’t be underestimated. However, because universities are siloed by design, there’s usually some deep-seated issues that need to first be addressed before town and gown are truly in sync to join forces in a powerful way.

“That inward focus makes it harder when you're trying to build these multifaceted communities. Put some real effort into understanding the real and perceived barriers on the community side,” he said.

“It’s important to carve out time to talk to folks in different areas of the community and learn from each other in a deliberate way.”

Young echoed the value of constant communication, as well as student involvement.

“The students are central to all the planning we do. If you give them a platform, they can do some pretty incredible things,” she said.

Although students are often looked at as a source of the tension that plagues town-gown relations, they’ve historically been pushed to the sidelines when it comes to discussing the solution. Thankfully, that view is beginning to shift as campuses and communities see students as powerful agents of change.

Beth Bagwell, Executive Director of the International Town-Gown Association, weighed in on the issue by sharing the concept of “studentification.”

A common term in the UK that is slowly catching on in the US, studentification refers to the social, cultural, economic, and physical transformations of urban spaces resulting from increases in the student population. A research-based approach, the aim is to learn why there’s an issue and then use education to alleviate the strain.

Although there’s a lot of focus on the negatives (underage drinking, noise), Bagwell emphasized the abundance of positives that students bring to a community: enhanced volunteerism, flexible work schedules, diversity, and more.

The Power of Collaboration

Top-down support is paramount in strengthening the town-gown relationship.

“The university president and mayor of the city need to be supportive of the campus community. They need to buy into this so that when you enforce something, you have backing,” Bagwell said.

One standout example is a collaborative program between the city of San Marcos and Texas State University called “Achieving Community Together” (ACT). The administration works directly with San Marcos Police to reduce common conflicts like noise, trash, and rental property issues, and the shared response has been a 34% decrease in noise complaints, and 63% reduction in arrests and citations from 2008-2015.

These committees are also vital for alleviating a huge source of friction: lack of community engagement. Residents want to have ownership and feel involved in the planning process. Getting feedback and community buy-in early and often is vital.

Meetings shouldn’t be synonymous with formal announcements. Both sides need to actually listen and create an open dialogue; meetings that are more regular and less formal/hierarchical in nature can help achieve this.

“What helps makes it a true town-gown relationship is switching between a city and university employee for executive positions each year,” Bagwell noted.

University of Maryland’s committee was founded as a partnership between the university and city and is also financially supported equally. They’ve found great success in maximizing financial resources: the partnership has resulted in $2 billion in on-campus and off-campus development. 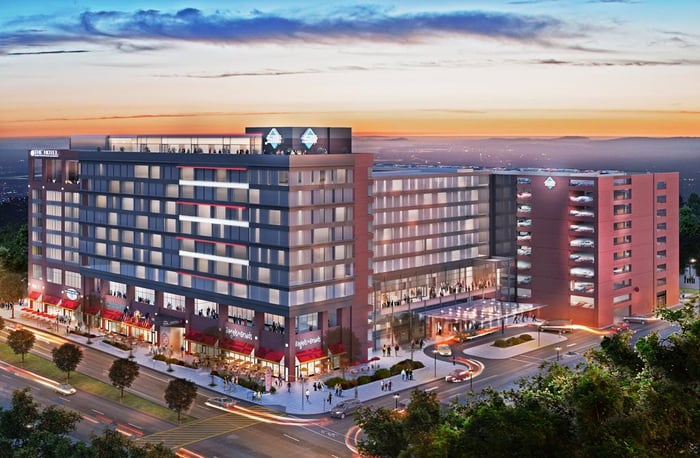 The Hotel at the University of Maryland opened in fall 2017. The mixed-use project cost more than $180 million and created more than 400 jobs.

By creating an inclusive process that centers around two-way communication, these universities have fostered trust with the community to become a real team.

Moving Forward: The Rise of P3s

P3’s are possibly the ultimate example of collaborating and maximizing the benefits of shared resources in higher ed.

Roger Kemp, the author of “Town and Gown Relations: A Handbook of Best Practices,” named San Jose University as a great example of creative collaboration.

When a new library was needed, the city and university split the cost and renovated one library on the edge of campus that was available for both citizens and students rather than build two new ones. Taxpayers and students alike benefitted, plus they got state grants and split operating costs.

“Even though public universities are tax-exempt, you've got to work together. The city is right next to you, and doing so is mutually advantageous.”

Universities don’t need to spend millions to do so. Small steps that provide positive services, like allowing citizens to use a free computer room on campus, go a long way toward creating goodwill.

Dr. Martin echoed the opinion that public-private partnerships are the next wave of economic development. He applauds UC Merced’s 2020 Project as a noteworthy example as well as the recent P3 success at the University of Southern California.

“This new campus and its ancillary facilities and food services are going to attract all kinds of talent and spur economic development; that’s a draw for people to relocate and a win-win for everyone,” Dr. Martin said.

On Dr. Martin’s campus at the University of Central Florida, new dorms benefit the community by bringing in business.

“The notion of jointly developing the university facilities with partnerships with private construction firms, downtown business development, and architecture and engineering firms is gaining ground,” Dr. Martin said. “Here in Miami, the private sector has come in and saved libraries."

"This concept of linking the business sector with universities and needed facilities and arts and cultural venues is growing.” 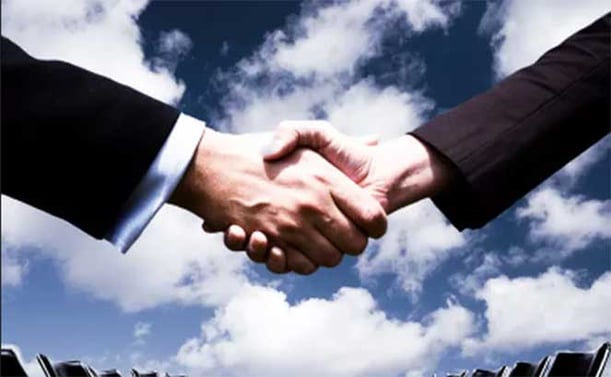 His solution for how to initiate such a partnership?

“Like any relationship, the first thing you do is meet and greet and go on a couple of dates. That’s what universities and communities are getting better at--and something they didn’t know how to do before,” he said.

Tapping Into the Benefits

These strong town-gown relationships don’t just happen--they’re a result of intentional, ongoing efforts and a commitment to view success collectively.

As universities realize the benefits of community engagement and cities look to leverage the incredible assets that these institutions can provide, proactive town-gown practices allow mutually advantageous opportunities to prosper.

Want to learn more? Request an invite to the Higher Ed Facilities Forum, where facilities leaders from the nation’s top universities will share best practices to town-gown relations plus the industry’s greatest challenges.