When the University of Toronto started designing a new academic tower out of cross-laminated timber in 2019, Gilbert Delgado, then its Chief of Planning, Design and Construction, noticed something interesting. “All of a sudden, other ones started cropping up throughout the city,” he recalled. 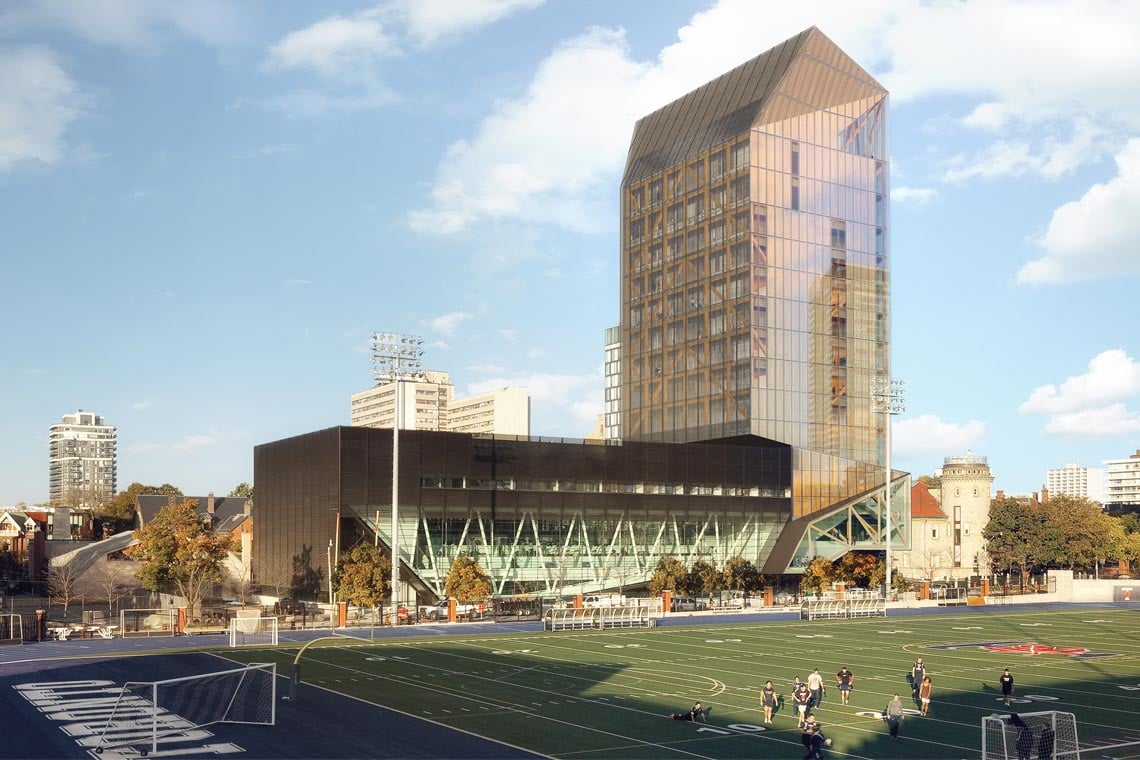 Above and top: renderings of University of Toronto's new mass timber 14-story academic tower. All renderings courtesy of MJMA and Patkau Architects.

Delgado, most recently Associate Vice President of Design and Construction at Northeastern University, sees this story as a prime example of the role higher education plays in the world of design and architecture.

“In many ways, universities and governments actually are bleeding-edge adopters,” he said in a presentation at the Higher Ed Facilities Forum. “Sometimes they help actually stimulate the thinking that could occur in other enterprises.”

With an extensive resumé that includes stints at Cornell University, where he was the University Architect, and the Office of the Architect of the U.S. General Services Administration, Delgado is a firm believer in the need for institutions to advocate for design at the highest levels.

“Owner design advocacy is vital to facilitate the possibility of great architecture and promote a wider demand for thoughtful architecture by other builders,” he said. During his presentation, he explained what it takes to lead an organization that truly cares about beautiful design.

Drawing on his years of experience, Delgado identified four qualities that define design-focused organizations. The first is that they have a clearly designated and supported design advocate: someone with deep training in architecture and planning, with their finger on the pulse of global design conversations.

"Be sure that it's not just the predilection of just an individual," he said. “Bring other experts that are also trained and have these sensitivities and actually challenge and steward the design process, so that everything that is added onto the campus is an enhancement of the campus.”

The third quality is a "philosophical clarity on the value of design:" an organizational acknowledgement that design outlasts any individual campus leader, and an effort to outweigh short-term needs against long-term interests.

For a practical example of that last quality, look no further than the General Services Administration’s Design Excellence Program. Launched in 1994, the initiative sought to build a new generation of federal buildings featuring architecture that rose above the bland functionality of their predecessors. To figure out how exactly to achieve this goal, the GSA reached out to a blue ribbon panel of architects around the country. Their advice was straightforward, Delgado recalled: “You have to put a focus on design.”

Whereas the previous architect selection process treated design as a “nominal” consideration, the GSA’s new approach would make design paramount. It would also simplify the submission process, allowing for a more diverse pool of applications to toss their hats in the ring.

First, an architect would submit a 30-page portfolio of past work. After an evaluation by a GSA committee, advised by an external peer architect, the applicant’s full team would come in for a full-team proposal interview.

This would be followed by another committee evaluation, then a schematic design process with two peer reviews: "One when the ideas are flexible enough so they can actually incorporate critique,” Delgado explained, “and then again afterwards to be sure that the critique was successfully absorbed into the project.” Then comes the final step, a presentation to the GSA Commissioner.

Designing for the Future

Why is architectural design so important in higher education? For Delgado, the answer is simple: a campus, at heart, is a family of buildings that create memorable public experiences. “They’re related; they’re interconnected,” he said. “They don't have to be the same architectural language, but they have to be responsive to each other.” By placing an emphasis on campus design, universities can stitch the social fabric of their communities ever tighter. 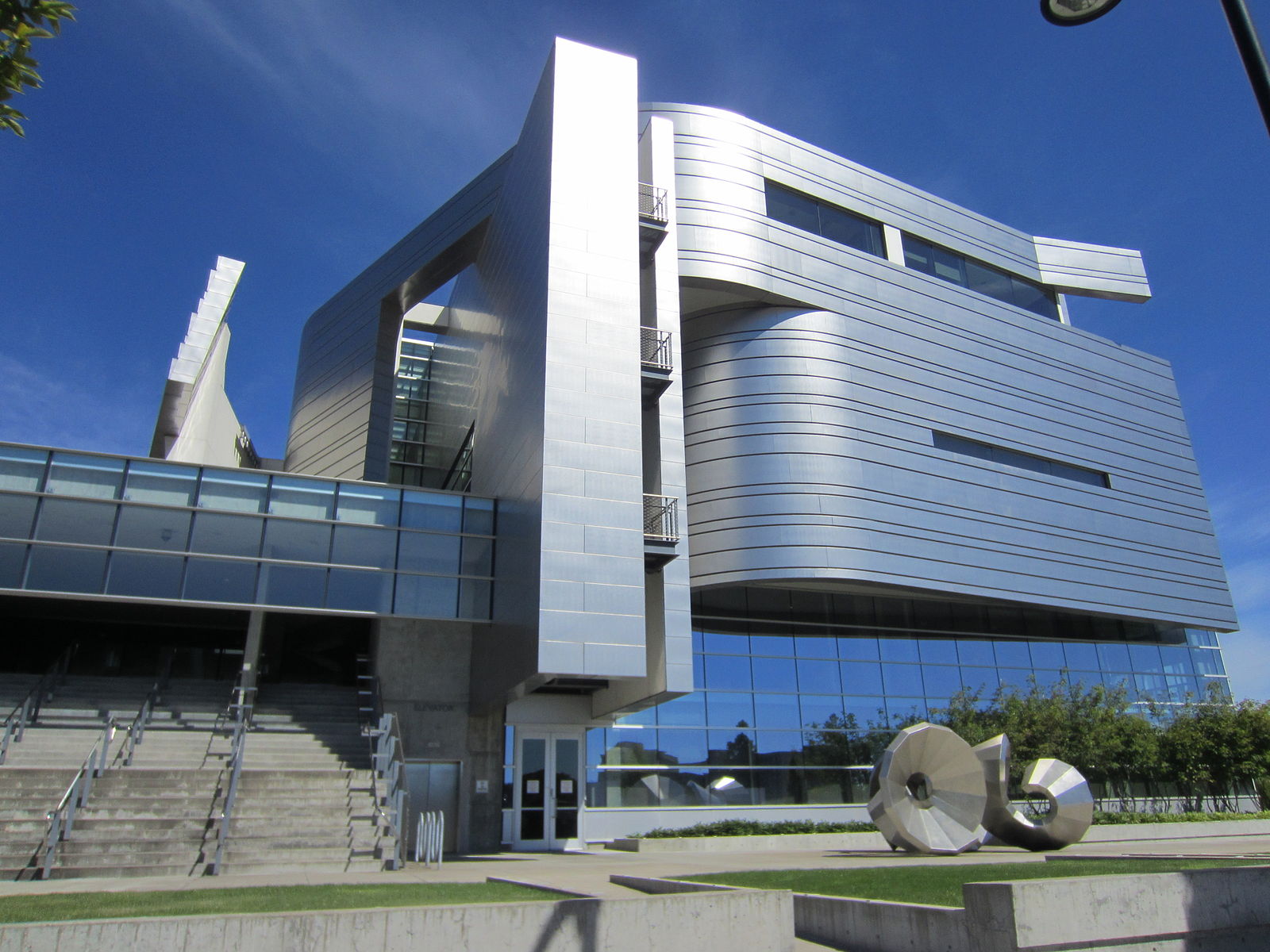 Another reason: campuses are built for longevity, as opposed to return on investment, which makes it all the more important to design something that will stand the test of time. Then there are the more obvious benefits of attractive architecture.

“Campus beauty is important to students,” Delgado explained. “When I was at Cornell, we used to think, 'Boy, this place better be nice, because who would want to come to the middle of nowhere to spend four years or six years?’ Granted, it was blessed with being in a beautiful place, but the buildings had to, in some way, enhance that place.”

Finally, Delgado pointed to the broader importance of beautiful design: by exposing students to ideas outside their chosen fields, like architecture and campus design, universities help develop more rounded citizens and future leaders.

“The university experience is something where young students, or young citizens in training, actually become aware of more things beyond just their discipline,” he said. “The value of the arts, the value of architecture, the value of campus planning are things that they can take back with them when they enter their communities.”