Remote work, reimagining space, and sustainability are top of mind.

But their almost obsessive drive to solve problems means that no matter the strength of the headwinds, they’ve got the resolve to weather the storm. With data driving their decisions, facilities officers are able to not just overcome issues, but convince university leadership how to best use precious dollars while grappling with ongoing funding reductions.

Facilities leaders from institutions large and small spoke candidly on the state of the industry at HEFF’22 in Palm Springs. Moderated by John Dynes, Head of Public Sector and Education at JLL, the leaders discussed how their campuses are evolving – and what tools they are using to solve complex issues – during this time of unprecedented change.

Mike Chihoski, Senior Associate VP of Facilities and & Services at the University of Rochester, put it bluntly: “Remote and hybrid work is here to stay, whether we like it or not.”

But he urged those in the audience not to be hasty in letting go of square footage. After all, some components of a university’s essential functioning – like finance and administration – make more sense from a hybrid work standpoint than others. He said that research, dining, and more hands-on functions are “core to a university” and don’t lend themselves well to a hybrid scenario.

“You’re not going to build a wet lab in someone’s home,” he added.

It’s well known that the pandemic changed how Americans work. Still, Chihoski said it’s not wise to take data points that worked during Covid and reflect them onto current work situations and expect the same results, like remote onboarding of new hires. He added that there just isn’t enough historical data to make big, long-lasting decisions yet. 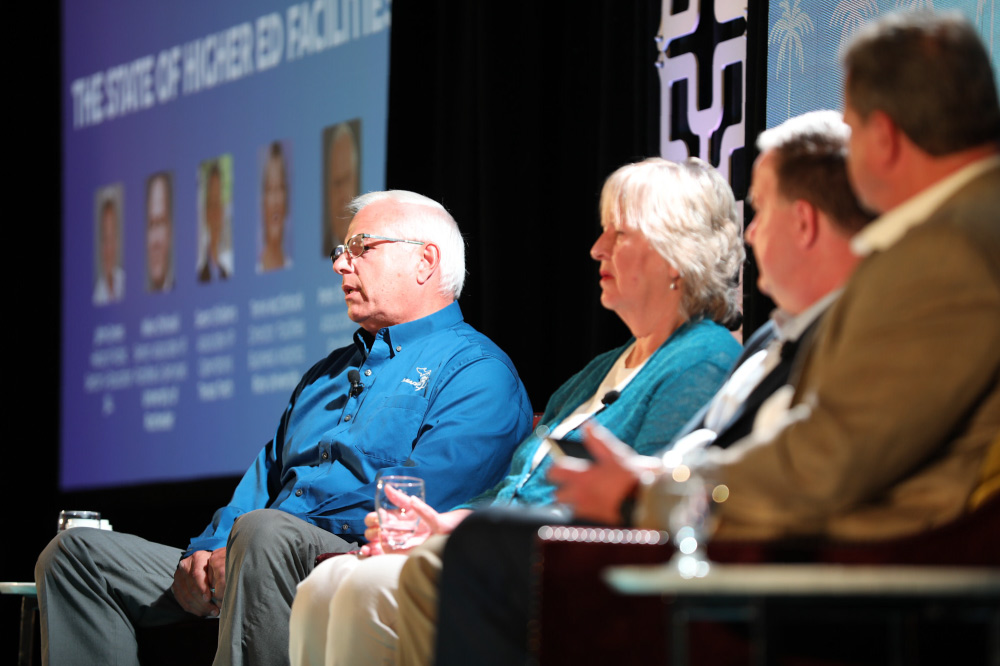 Pete Strazdas, (recently retired) Associate VP of Facilities Management at Western Michigan University agreed. WMU went from a three-day-a-week hybrid work setup to one day per week, per an executive decision by the university’s president. It also makes sense to ask larger questions about hybrid work, he said, such as: does the community around a university have a hybrid work culture as well?

For higher ed facilities leaders, “space is the final frontier,” Strazdas quipped. “We are a place that instructs people. Students come here for an experience. Too much remote work means less vibrancy on campus. We should react to decisions about hybrid based on data; we just don’t have a lot of historical data. We need to experiment more with hybrid work,” adding that colleges and universities are a perfect place, given their embrace of research.

He added that shared spaces and “hoteling” are often floated as ideas to shrink a  university’s real estate portfolio, but when “everyone wants to be remote on Monday and Friday. How does that save space?”

The Gen Z’ers that comprise the majority of college students are very comfortable talking about environmental and sustainability issues. But for them, it goes beyond green rhetoric. They want their school to be cutting carbon emissions, utilizing electric vehicle fleets, reducing waste, and recycling more each year.

These are all, of course, good things for facilities leaders to focus on. Strazdas said that, in fact, “we have done all those small things. Now, we are on the verge of doing big things.”

WMU saw a nearly 70 percent reduction in its carbon footprint when it switched its power plant from coal to natural gas. To determine the use of energy resources on campus, the school spent $1.5M on monitoring sensors.

“You’ve got to monitor, monitor, monitor. Data is a facility leader’s best friend,” Strazdas said. “It’s important to do grand things,” adding with a smile, “but don’t let your president steal your great ideas.” 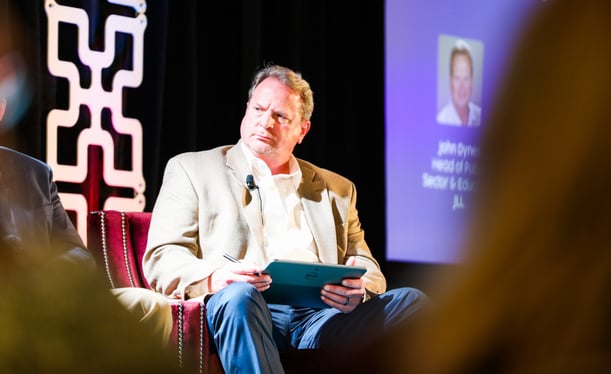 From its intramural sports fields to academic buildings, Rice University also uses monitoring sensors to capture data related to water use, which is especially important in Texas, a state often stricken by drought. Sensors to determine electricity use are also used, all with an eye toward meeting sustainability goals, said Terie McClintock, Director of Facilities and Business Analytics at Rice.

“Getting the data out of these systems is key to reaching those goals,” she said.

Still, facilities leaders need to speak up when the desires of campus members don’t square with what’s currently operationally possible or financially feasible.

“We are good as facilities folks in doing our jobs, but how good are you telling your story about what you’ve done?” Strazdas said. “Students are pushing us, but we aren’t saying what these measures cost and how complicated it can be to get there.”

“We have good data, but it’s just our data,” Chihoski said. Partnering with firms like JLL – which has hundreds of data points from schools across the nation – can help facilities leaders peek outside the top of their own silos and get a richer idea of how to utilize their own data best.

Shrinking enrollment caused by fewer international students studying in the United States, fewer American high school graduates entering, and the increase of online education has meant there’s been a rise in the amount of unused space at schools nationwide.

There will be 1.3 million fewer college students in the next decade. There are 4,000 colleges and universities in the US – and over the next decade, some will shutter their doors for good, and many will merge with other schools to stay open.

Rice has weathered the enrollment reduction trend well and is in growth mode, McClintock said. Still, the school has had to adjust its space use priorities, she said. 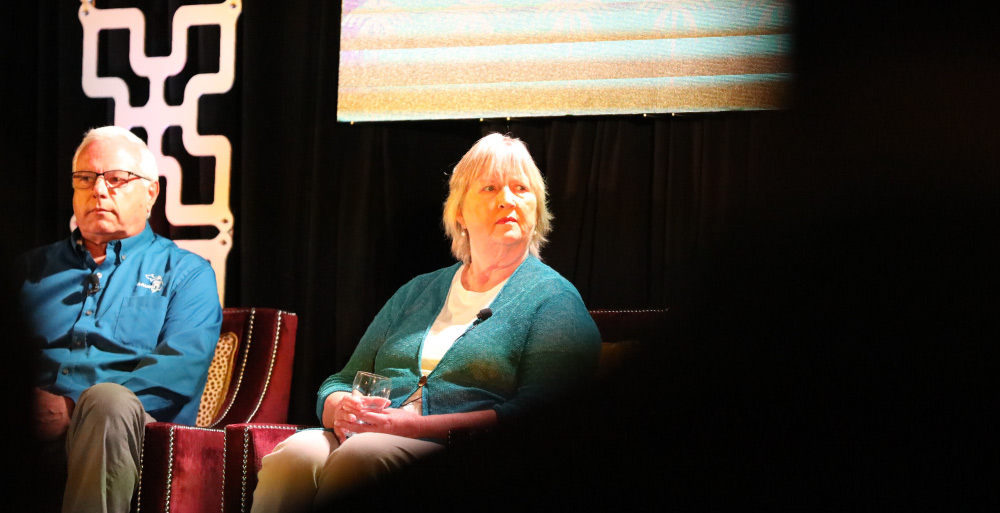 “COVID led to more online classes,” she said. “Maybe not a huge enrollment reduction, but definitely a loss of use of space.”

Strazdas is all too familiar with the coming contractions: Michigan saw a four-percent reduction in enrollment this year, the worst in the nation.

“But never miss a crisis,” he said. “We run into problems, and we solve those problems with data.”

Reimagining campus space might come as second nature to facilities leaders, but it can be difficult to convince entrenched academic interests to think differently about space utilization. The best negotiating chip? Again: good data.

“How many of you have people in the academy who are behind you, or do they have their heads in the sand about which programs need to grow or be eliminated?” Strazdas asked. “In the end, facts win the day. Figure out how to get the data to sell the change. If you don’t change it, trust me, your boss will change you.”

But contraction is not all bad, Strazdas added. For instance, a shrinking footprint can eliminate expensive deferred maintenance projects.

Still, thinking outside the box can help soften the sharpest pain point edges related to increased vacant space. For example, Chihoski said, universities can partner with private industry to offer their labs and other facilities to companies looking to do research.

“Everything we do can be outsourced,” Chihoski said. “We need to always be looking at options. If a role can be done by a third party for better and cheaper, do it. But the same applies for the opposite. We should always be hybrid.”

He urged those in attendance to fold outsourced employees into internal teams, with the goal being the end user having no idea if someone is a college employee or a third-party human resource. An example from U of R: The university owns its bus fleet but outsources the drivers.

Chris Killian
Chris Killian is a Detroit-based content producer and veteran journalist focused on innovations and tech trends in industries such as healthcare, manufacturing, education, and more. In his spare time, he likes to cook, play guitar, and work on his ’84 VW Westphalia, Harry, trying to coax him into another open-road adventure.